First, let me start by stating that I’m not going to present my political opinions in this post.  Why?  Because you don’t care what I think about those issues.  And you shouldn’t.  What I’d like to challenge you to remember is that others likely view your opinion the same way.

I’m reminded of a well meaning Sunday school teacher.  She wanted to get children excited about the Bible.  Her statement was that anything we could imagine was included in the text.  Then she challenged us to ask what we enjoyed reading about and she would show us where that topic was in the Bible.

As a class of young children, we gave typical childish answers:  dragons, super heroes, talking animals, flying, etc.  and she answered in turn with very unprepared answers that attempted to prove her original point.

She consider the many eyed creature in Revelation to be dragon-like enough.  She passed off the disciples as super heroes and walking on water was parallel to flying in her mind.  Who knew, there actually is a talking donkey in the Bible!

She meant well, but all she really taught me that day is the Bible doesn’t have a story for every occasion.  While there are numerous analogies and examples, even some sports metaphors… the Bible doesn’t get to American football or it’s political implications.

So, how should we, as Christians, maneuver this new found mine field?  We shouldn’t.  And that is exactly point number 2.

Number one is that no one wants to know your opinion in a matter where their side of the story is already deeply rooted, emotional, and immovable.  Think of how your heart aches over the issue.  So does theirs.  The second point is that God never intended us to be arguing over matters of opinion any way.  If this specific issue were important to Him, we could turn to Gridiron chapter 2 and read all about it.

Another translation in lieu of “in my Father’s house” is, “about my Father’s business”.  Either way, the point was, Jesus was telling the people, they should have known where He was by His very nature.  He was here to point people to God.  He accomplished that both by His works and via the temples and synagogues of the day.  What did Jesus spend His time doing?  Praying, healing, teaching, setting examples, spreading the gospel.  When it came to matters of government, He had one comment:

They wanted oh so badly for Him to weigh in on the conversation.  The whole thing was a trap.  They specifically asked Him about taxes.  It didn’t matter who He sided with, they would have Him the second His political stance started dripping from His mouth.  But instead, He showed again where His time would be spent…. Giving things to God.  What a clever way to answer, leaving them, the deceivers, to decide what actually belonged to each, Caesar and God.  Look at how accurately and specifically our Bible gives us direction in the real world today.  Are we not baited in social media every moment to counter political, social, and territorial injustices?  We don’t have to ask what Jesus would say today… He has already said it.  And it was effectively, ‘I’ll not join in. ‘

This one is a bit before Jesus’ time.  Straight from God to Moses and then carved in stone was this command.  We know there is only one true God.  The capital G necessitates personal specificity.  The lowercase, gods, are not real.  But, people worshiped them anyway.  We do the same without always realizing it.  Our gods might be internet surfing, social media, food, money, status, etc.  They are things that would take a place before the God.  We don’t have to say a prayer and ask WWMD to worship money.  Making money a priority in our life is a form of worship all on its own.  God wants to be our priority.  If people know us by our politics, then I might suggest we have a god before our God.

“Go into all the world and proclaim the gospel to the whole creation”  – Mark 16:15

Another word for “Gospel” is the good news.  But not just any good news.  A dog having puppies isn’t the gospel.  A successful fish fry fundraiser isn’t the gospel.  Cancer all gone?  Fantastic!  but that isn’t the message (at least not in whole).  The good news is that Jesus died for our sins and He rose again defeating death for all of us if we choose to accept that gift by following Him.  Does that sound ANYTHING like the mess we see on social media today?  The good news doesn’t come in condemnation, correcting, or argumentatively.  The gospel is hope and love.  Period.

Jesus’ prayer was for unity.  Topics cannot both divide and unify.  And most of these verses seem to be reaching towards other comparable scriptures like being lukewarm.  You can’t prioritize both God and politics.  You can enjoy politics, but you can’t divide humanity over your viewpoint.  To say you love God and you also hate man that disagrees with you… that is lukewarm.  It’s trying to keep a foot in two camps.  All of this boils down to having a single identity in Jesus Christ.

Does what you say and do point to your Master, your Creator, your Savior?  Or does it point to what YOU think, believe, or want to see this temporary world become?

I could go on for quite some time listing fruits of the Spirit, parables told by Jesus, examples the disciples learned by following.  The Bible is quite clear and consistent about where our politics lie.  Always behind God, and always in a loving, unifying, God glorifying way.  This means 99.9% of us need to shut up.  And I mean that in the good, Godly way of saying it 😉

Can we be Christians and still talk about politics?  Can we be Christians and still be rich?  Possibly.  But this is where many will fail.  Trying to justify that we have successfully done both.  Its not that it’s impossible, its that its really hard.  So hard, that Jesus often tells us to give the money away.  It’s too much of a burden to juggle the wealth and the ideal Christian spirit.  Can some pull it off?  Yes.  Do most?  No.  So whether possible or not, we can see the recommendation from scripture to avoid the temptation altogether:

“And if your hand or your foot causes you to sin, cut it off and throw it away. It is better for you to enter life crippled or lame than with two hands or two feet to be thrown into the eternal fire.”  – Matthew 18

Satan, the great liar, will start right now to convince you that the other side isn’t playing fair.  The other side isn’t caving any.  The other side is… I could spend days just listing the lies he will use to convince you that what the world needs is another uninformed political opinion.  (Dare I say you might be uneducated in the world of politics?)  Yeah, if your source is second hand or lower (and a HUGE majority of us are likely 5th hand or lower), then yeah.)  Isn’t that just like the devil?  He has us fighting over someone else’s beliefs that they obtained from other resources we have never once been privy to.  Why?  Because God wants us unified and Satan wants us in Hell.

Father in heaven, before temptation sets in, please guide your believer’s to your voice and away from the lies of the enemy.  Remind us who the true enemy is.  The true enemy does not want our taxes or our votes or our bumper stickers.  He doesn’t want donations, up-votes, or cult followers.  The true enemy wants our soul.  Bless us to hear and follow only your voice and that we may be irrefutably your children in every word and deed.  May our lives bear only good fruit for You.  Lead us away from this destructive temptation that divides us up for the enemy to ensnare one by one.  Let us find unity in You.  Let the desire of man fade from our hearts and allow us to follow the almighty God and live in Your blessing and love.  Let the world see your love in your followers and not the division of those who only claim you in name and not in deed.  Amen.

One final thought (P.S. p.s….) don’t share this post with unbelievers.  Don’t go and wag scriptures at unbelievers.  Jesus called out the Christians who didn’t get the message when He spoke and corrected them.  When He spoke to the unbeliever, He spoke with love.  He shared the good news with them.  If they don’t have a personal relationship with Jesus, they aren’t living life by the same book.  Throwing that book at them won’t help.  Doing life as a living example of the Son of Man will do just that.  But they have to see Jesus as the true priority in our lives.  When He comes out second or third… the message is fully lost. 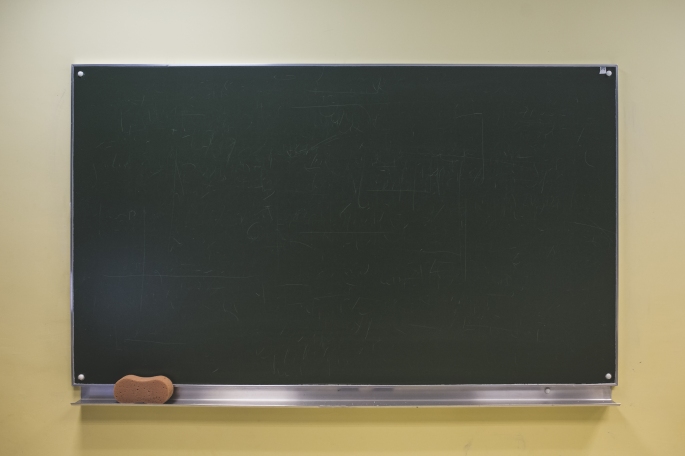 I worked for an unscrupulous manager when I was growing up.  He would fill out the schedule in pencil and, when it suited him the most, he would erase time slots and fill it out again.  Thankfully, the GM was smart, and when I showed him the faint outline left by the erasing it was obvious that the data was altered.

I used to use erasable ink pens until I learned that no amount of swiping would make the surface completely clean.  Maybe technology has changed, but when I was a child, writing something in an erasable format was like putting something on the internet… there was no way to get rid of it.  Like a dirty chalkboard, you can make out bits and pieces of what was previously documented there.

This is why I’m thankful that Jesus didn’t erase our sins.  He took them.  If He had just forgiven us, there would still be a remnant or stain.  And in our minds we would know what we have done.  It’s hard to live through guilt.  Jesus took our sins.  More specifically, He bought them.  They had a price and we couldn’t afford it.  Jesus stepped in and heaped them all on Himself in our place.

I know a lot of people who won’t begin or further a relationship with Jesus because of their past.  They feel that God is all powerful, but He can’t forgive them.  They think that they have messed up too many times.  They use phrases like too much, too late, or too hard.  The gift we have been given pretty much means that we don’t have a past anymore.  We only have a future.

Jesus found a way so that when someone comes along and scratches the surface of our lives, they don’t find the person we used to be.  That person is gone. We are new with Christ.  That doesn’t just mean we act different, it means we ARE different.  We have a full new history of grace, forgiveness, and salvation.

Satan would have you believe that if someone comes along, they can perform that trick the detectives use on TV shows with a pencil on a post it note to uncover your secrets.  God’s truth is that you have no secrets… His Son paid for them all.  The temptation is to retreat in your sin.  The gift is that you have no sin.  Not if you accept the gift of Christ crucified and live in a relationship with Him.  So please allow me to encourage you to stop letting your sin keep you from Christ, when it is Christ who keeps your sin from you.  Stop trying to erase the sin, when He will fully take it all.