If you are a quarterback throwing a pass, you have to release the ball before the receiver is in place to catch it.  You will throw the ball to a place where the receiver is not yet.  He will be en route, but not quite there.  This is why there are so many incomplete passes in the sport.  If the receiver gets bumped too far off the line, or if he runs the route too wide, or if he gets off to a slow start, or if a boost of adrenaline sends him too far… Many factors come into play for just the receiver.  But the QB has his own issues.

The defense could blitz, a lineman could miss a block, His intended target could draw double or even triple coverage… Each player on the field, both offense and defense, add exponentially to the list of issues that could thwart any given play.  But we should also factor in non-human obstacles.  Wind, rain, crowd noise, bad umpires (definitely not human!!!).  When you really start to understand the complications behind all the different positions of this sport, you stop seeing incomplete passes as mistakes, and you start seeing completions as a thing of beauty. 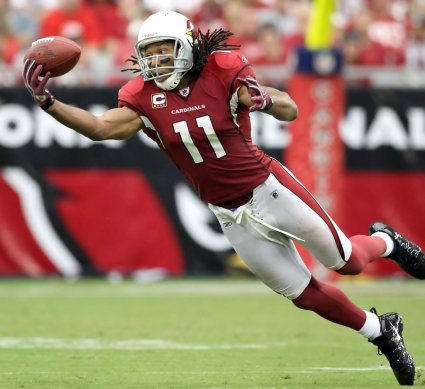 Hitting a moving target is a very difficult task.  It’s what Quarterbacks work on every day.  If you are a hunter, you have to employ the same tactics.  It’s call leading the target.  If you aim and shoot at where the target is currently at, you will miss every time.  You have to think ahead.  It’s never about where is my goal now… it’s about where it will be when my object arrives.

So many things in life work this way.  In order to drive without incident you have to learn to break before you need to turn or stop.  You don’t break at the light… you start slowing down well before.  It’s about visualizing and understanding what comes next as a consequence of your actions (or even inaction).

Life is hard.  In football there are only 22 people on the field.  In life, we have no control over all of the people that can impact our days.  And exponentially the stress adds up.  Family expectations, friendship struggles, relationship pitfalls, job training, bills, taxes, scheduling conflicts, personality conflicts, co-workers, deadlines, illness, transportation breaks down, financial issues, credit card gets stolen, computer gets hacked, dog runs off, clothes don’t fit… And we really haven’t scratched the surface, have we?

With so many moving pieces and so much going on, we really do need to stop looking at our mistakes as such tragedies.  Instead, we need to learn to see and appreciate our successes.  They are miracles amidst an evil world at work to tear us apart.  Forgive yourself.  Dust off.  Let a teammate help you up.  And run the next play.  Each team in a football game averages between 60 and 70 plays per game.  That leaves a lot of room for mistakes, and yet still win the game. 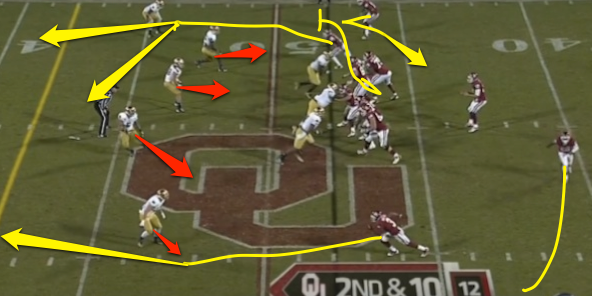 Thanks to the love of Jesus, we have an opportunity every day to start over.  But its more often then that.  We don’t have to wait until tomorrow.  A new day is a beautiful analogy, but its really about the moment.  The time, the precise second that you realize that you weren’t built to tackle life alone and expected to perform with perfection 100% of the time.  Even elite baseball players walk back to the dugout over 60% of the time.

Companies are selling cloud based storage and they charge based on the time you use it.  They started off selling by the hour, but this wasn’t very appealing to consumers who may only use the service a few minutes at a time.  They were billed an entire hour every time they turned on the feature.  In the highly competitive market, companies took notice and reduced billing to per minute billing.  I would have thought this should satisfy everyone.  What takes less than a minute?

Apparently some things do, as those companies now offer per second billing.  And just today I saw someone advertise, “better than per-second billing”.  How do you get better?  It takes me longer than a second just to think of the word, “second”.  This is how time is with God.  There are no finish lines.  There is no cut off.  There is no retest.  You don’t have to wait until Sunday.  God isn’t more reasonable on Easter than any other day.  You don’t even have to wait until tomorrow.  Your next thought can be what reciprocates the relationship back to Jesus.

Forgive yourself.  Your mistakes aren’t as serious as you think.  And stop shooting at targets that don’t move.  Those are mediocre, low hanging fruit, that lead to bad places in life.  Setting goals so low that you can’t fail, effectively means you don’t ever want to win.  Winning requires risk, effort, and genuine failure.  Winning requires failure.  The kind where you gave all you had and still fell short.  That is how you win.  By giving it all, failing, and then trying again.  Bettering your aim, learning from your mistakes, and envisioning where your goal really needs to be.  Then throw into the future and nail it.

We were God’s goal.  Look at what He had to do to hit us.  He didn’t fail either, though I wonder if He thinks we gave Him a good run with all of our efforts that could have deterred Him.  With God, we will not fail.  Our mistakes are just that.  Mistakes that quickly diminish into the past and become steps to build on.  He is our guaranteed win.  All we have to decide is how many seconds do we want to lose before realizing our mistakes will not keep us from Him, nor will any part of our past.