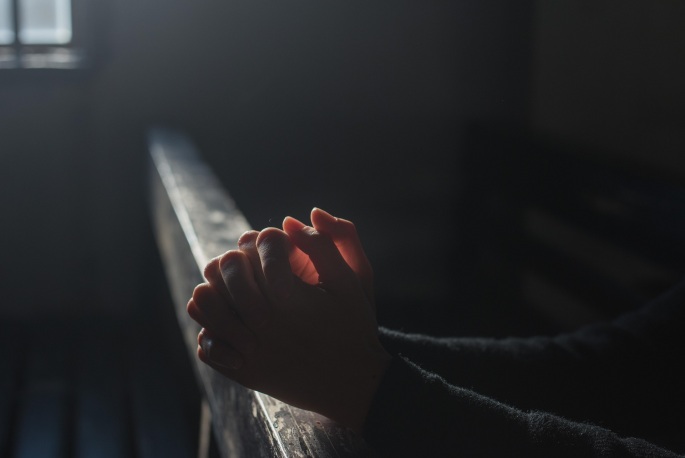 What can God do? I love to imagine the Holy Spirit wrapping me in a cool fire similar to how He was visible on the Apostles at Pentecost. Many would laugh or outright mock such a thought. It’s not that I expect God will, but I know that He can.

We often don’t consider how much we limit the reality of God. No one had seen a man walk on water until Peter joined Jesus just outside the boat. No one had seen resurrection until the smell of Lazarus followed him out of the tomb. Wine was never born of water until Jesus attended a wedding feast. Flaming tongues bounced on men’s heads, they spoke in languages they did not know… none of this had ever been seen or heard of until it happened.

Now we fondly read about these simple acts performed by an infinitely mighty God and we think, using the human brain He created and we often come up with things like healing the sick or reaching the marginalized. While great starts, I’d challenge you to think flaming tongues! Think resurrection! Think global, think eternal. Think about what Christians, years from now, could read that would blow their minds in unbelief because until today… No one had ever seen or heard of such a thing.

God is not bound by the things that have already been written. Those things weren’t written when He first did them. But I do believe He responds to the faithful. Sure Peter walked on water until his faith was shattered by the wind and waves. But what if his faith held true? Could we be reading about Peter and Jesus dancing on the water? Would they have jumped over waves and teased the dolphins? What could they have done next in faith?

One caveat for having crazy faith (the good kind of crazy) is that we still have to be obedient. Peter didn’t see Jesus and then jump into the water. He asked. Lord, “tell me to come to you”, and Jesus said, “come”. Two things happened. Peter asked and Jesus agreed.

I don’t expect Christians to arrogantly attempt crazy things to show their faith. But I do wonder why we don’t pray like Peter?

What can God do if we started wearing out the knees of our jeans and prayed bold, faith-filled prayers? Think big enough, and He might just say, “come!”

This morning we sang a song in church that had the words, “I give you everything”. Even as I sang those words I couldn’t help but feel that I was being hypocritical. I loved the power in them. I truly want to believe them. I want to be that person.

When I sing them… I mean them. They are very much from my heart. But somewhere along the way I hold something back. I may even barter to keep something else. I may hang on to ego in some situations or tithe less than both God and I know I should.

I thought about how God hears this song I’m pouring out of my heart and I think he listens the way I listen to my child.

When my child says, I’ll be good. He doesn’t always keep that promise. And even though I’ve only been a dad for a little over 2 years, I learned on day 1 that I can’t reward the promise… I have to reward the action.

So when my boy says ‘if I promise to eat my broccoli, can I have the cookie first?’ The answer is always, ‘no!’. “eating the broccoli is rewarding… not the promise of it”. Because I see in him my same flaws. Even though he means well, there are far too many temptations along the way to reward the intent.

I believe that God does not reward the song… he rewards the moment. The moment when temptation is beating you over the head and you choose Him anyway. That time away form church and away from good influences, and you choose against the world to do what is right. When no one is watching, when nothing seems to count… that is when God wants to see what you will truly give.

I’m not suggesting we don’t sing this song. It’s beautiful. But it’s only the promise… the real work begins after… and that is what matters most. Many of us would sing this song… very few will live it out in every portion of our lives.

The prophecies of Jesus weren’t fulfilled until His resurrection. He could have been a prophet or a mad man. But when the actions and results matched the promise… then He became so much more to us. What would Jesus have been to you and I had He not kept and met each promise of the scripture? What do we mean to Him if we do not do the same?