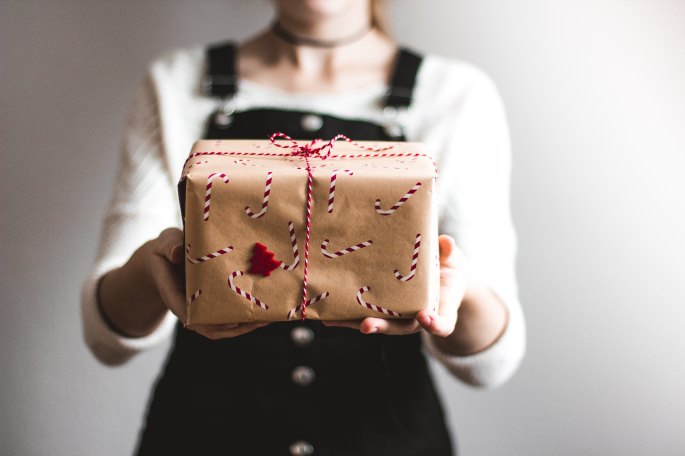 Do you remember being excited about an upcoming birthday? Perhaps you still are? My son was. He knew all about the presents. He was pointing things out every time we went to the store. “I want that”. “I need one of those”. “Can I have this for my birthday?”

At the age of 5, celebrations can be all about the presents… some of us older folks can still get wrapped up in the gifts aspect of things. But as the day approached and he rattled off where he wanted the party, who he wanted there, and how the day should go down, he managed to make some bad choices.

Not bad party ideas or bad birthday wishes… bad life choices. He made some mistakes. He messed up. It was frustrating because some of the decisions he made were contradictory to lessons we had laid out dozens of times before.

It never once crossed our minds to not give him the presents as a form of punishment. They were already purchased. No matter what choices he made yesterday it was still his birthday on that new day. We might find an effective form of discipline for when he does act out… but we give him the gifts we want for him to have.

God wants us to have the gift of salvation. Why do we struggle so much with the gift of Jesus? We tend to think that our actions can change His mind… The very mind that was made up when the apple was bitten in to.

We say some pretty crazy things. “I don’t deserve that gift!” Really? What did we do to earn our birthday presents? What accomplishment did we perform? Nothing. Our birth was through no desire or effort of our own, it was a decision made a certain number of years back by other people. And they reward us from their love.

Why do we try and change the meaning of grace? It’s little different. We do nothing to earn it. God provides it out of love. If it was something that required deserving, none of us would have it. Grace was a decision made by God long before our time and He gives it to us because He loves us. If we do something that He does not like, He doesn’t go back in time and pry the nails off the cross.

God sent His Son because He wanted to be with us but couldn’t. So He gave this amazing gift to free us from our sin and we think that very same sin exempts us from the gift.

I think we struggle so much with this because we can’t read about grace without binding works back into the equation. We get nervous if we hear about grace and we don’t hear about how we can fall from grace. Some of us believe that too much forgiveness implies ‘once saved, always saved’. So we swing the boat around as fast as possible to include that we can choose to leave God and reject His promises.

So rather than running the race, we are left spinning in circles. God gives grace, but I keep messing up. We think He’s on His way back to Walmart to return the cross because it doesn’t fit us anymore.

We have to leave that door open because we just can’t comprehend how grace truly works. Completely and utterly without us… that is how it works. It is a Godly gift. One that we are meant only to accept, not to earn.

Our circular logic leaves an option ‘B’ on the table. I could either accept grace and I had better be good afterwards… or I could fall from grace and spend eternity in the very bad place.

To me, this sounds like an out. This his how people operate that don’t want to go all in. If I accept this grace and let God transform my mind and I become His servant… what would change? Everything. Absolutely everything would be drastically different in every step of life.

It sounds like cold feet. Grace can’t be THAT good. I could still blow it. I could definitely mess that up, so I better behave. I should be careful. Instead of celebrating, I should spend time in self pity. Instead of praising, I should judge myself a bit. Doesn’t that sound crazy? It’s not like we think it through just like I’m spelling it out, but we reach the same end result, don’t we? I can’t live free in the grace of God because I hate myself too much!

This sounds like a prenuptial agreement to me. One of those documents you sign with your fiancé because you either don’t trust them or you know you aren’t trustworthy. It’s a legal declaration that you believe that something bad could happen. It says, I want to spend the rest of my life with you, but should either one of us change our minds, here are the rules for how that will play out.

Isn’t that romantic? They will write poems about our love, but if I see someone I like better, I want the toaster. I trust you with all of my heart… sign this.

And we take this same approach with God when we don’t immerse ourselves in the free gift of grace that He has given us, clearly based on His love for us and not on our works for Him. We create an out. Every time we utter that phrase that we aren’t good enough, we push back on the gift. Gifts aren’t purchased by the receiver!

If we had an obligation to the gift, it wouldn’t be a gift. It would be called a purchase. In this case, grace was purchased, but it was paid for by someone else. Jesus paid the price. But the grace was given freely to us. Grace is not a loan, its not an IOU, its not bought in installments, and its not a balloon payment. It’s free. It’s a gift. Given to us. And we are meant to do one single thing. Accept it.

If you are struggling with thoughts about all the effort that goes into accepting grace, I fear you are missing out on this precious gift. We do not change our behavior to receive grace… once we have received grace, and we truly accept it as an un-earnable and Holy gift… we are wholly transformed by the love of God and the relationship we build with Him.

When I gave the presents to my little boy, who had acted poorly, do you think he handed them back and said I didn’t deserve these? I honestly believe the thought never once entered his mind. He tore open the paper and danced in the ribbons. He played with each and every toy until they broke and since he is a 5 year old boy, they all broke.

And I believe this is meant to be our response. Swim in the wrapping paper that is grace. Tear open the gift and embrace it. Snuggle in bed with it at night. Carry it to breakfast. Sneak it into your backpack and take it to school. Give it a seat at the table. Love it as the gift that it is. Our behavior is not wrapped up into grace. That happened so long ago and is freely given as a pre-purchased gift. If you insist on finding a place in this thought about your behavior, that has much more to do with your relationship with God.

If you find that you and Jesus look nothing alike, start by embracing grace. Nuzzle up to the feet of His throne and make peace that you are His child and He both loves you and longs for you. He gave a mighty gift that came at great cost to Him and His Son. He did that for you. Before you even knew who you were. He didn’t pay that price just to withhold the gift. 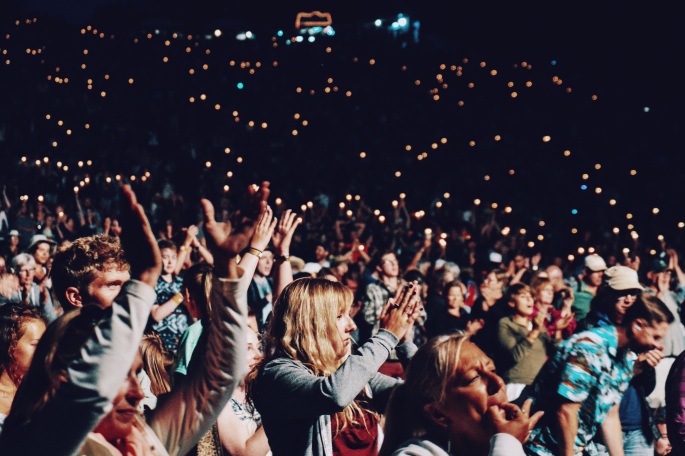 I’m going to assume you know the outcome of the Superbowl this year (2017).  I won’t even try to recap as I’m sure its being covered by much more thorough analysts than I could ever claim to be.  And many if not all will somehow tie in the age old wisdom that we should never give up.  For years, this message will be recounted when teams are down late in the game.  And while that message has great value, I hope you will consider another angle.

As Christians, our lives with God aren’t back and forth struggles.  They may feel like it at times, but the reality is… God never moves.

We may choose to follow in His footsteps.  We may opt to go on our own for a little while.  We can come back and forth.  We may reject Him altogether.  We can always come back.  He never moves.  Along with His expectations, He never changes.

So it is with the life of Jesus.  He came to earth with a single task.  Save humanity by self sacrifice.  There was no back and forth.  Satan never scored a point.  That is the beauty of the plan.  By Satan ‘winning’ (killing Jesus), we truly win.  It’s why He came.  He was tempted but didn’t give in.  He was tortured, but never gave up.  He was discouraged, but never stopped loving.  The score never changed.  There was no down and out.  There was no 11th hour or 2 minute drill to try and come from behind.

What’s the point?  Comebacks are hope-fuled opportunities for disaster.  I’ve seen it before.  There is still time left.  The team starts to get everything together.  The game gets more intense.  It really looks like its about to happen… but then it doesn’t.  Even worse than losing was the final hope they wouldn’t.   The Christian story isn’t about score.  It’s not about each play or moment of the game.  The game… has already been won.  There is nothing to come from behind from.  Jesus wasn’t down by 35 points late in the game… There is a great Carmen song where Jesus and Satan are boxing.  When Satan knocks Jesus down the ref starts counting down from 10 instead of up from 1.  Only when he gets to 1, its spelled won.

That song cleverly illustrates the sacrifice Christ made.  He took our place.  We can’t lose, He lost for us.  So instead of drowning those sorrows, feeding that fear, or dusting off those bad habits, consider that Jesus actually won the game before He added all the players.   When we accept Christ, we aren’t gearing up for a winning team.  We are suiting up for a won team.  If Tom Brady showed up at your home today and offered you his super bowl ring, that wouldn’t make sense.  To Christians… that is kind of our story.  It wasn’t a comeback, we already won.

This is what Jesus did for us.  We pick our team by choosing how we live for Him.  There will be no hail marys.  No onside kicks.  No trick plays.  This one is in the history books.  The only thing not decided… is your response.  Do you accept Jesus’ gift?   Will you share the victory with others?