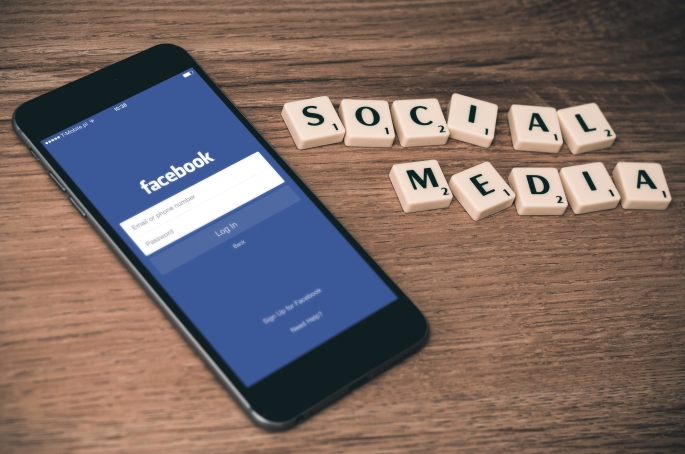 I’m perplexed by Christians in social media.  When someone posts about their promotion, their new car, or even their latest trip… likes, loves, and thumbs up stream in by bucket fulls.  When someone posts, “God is good” (or some variation) I see a fraction of activity on the post.  (your mileage may vary, but I generally see 1 – 5% of the normal responses given to a religious based post from the same account).

Why is that?  Maybe I should preface that in the circles I’m noticing this in, most of the audience is a Christian based audience.  So it’s the saved that are liking the picture at the park.  It’s the redeemed that “LOVE” the bacon wrapped hot dog someone posted.  It’s the Children of God that scroll right past the posts that mention their very Savior.

I’m not insinuating that we have any sort of obligation… but shouldn’t we want to be about more eternal things?  I know there might be some logistical concerns such as fueling the fire of the ‘Jesus Freak’  or maybe we are being bombarded with too many positive messages (which I find harder and harder to believe these days)?

My fear is that there is a deeply rooted shame of the gospel.  And the very people I’m referring to would instantly reject such a claim.  And I think they would honestly believe it too.  And for those people… for YOU… answer for yourself.  Why don’t you want your mark on a post that glorifies God?  Why won’t you comment on matters of the eternal soul?  Why are you abstaining when your King is mentioned?  And whatever answer you come up with, will you do me one favor?  Will you say a prayer to God and mention your reason directly to the face of God?  How would He feel?  How would you feel in sharing why you don’t want to be on record for the Lord?

I suspect some of us have a preconceived notion about ‘that guy’.  And we don’t want to be him. He is a bit too happy.  He is strangely holy.  He is oddly optimistic.  And that might be just enough to get him on the societal outcast list.  We want to be educated bankers, intelligent accountants, thrifty teachers, etc.  We want to be known for what humanizes us so we can blend in with the world we identify with.

Two major problems here.  First, we aren’t to identify with this world.  Our identity is God.  Second, we aren’t supposed to look normal.  We are supposed to look odd, abnormal, and like we belong somewhere else… because we do.  We DO NOT BELONG HERE…. why is it so important to look like we do?

But we have Christians who understand this wanting to get more info on the latest gadgets but don’t want to be seen colluding with the weirdos who talk openly about God.

I’ve noticed that the Bible only seems to focus on active people.  Zacchaeus climbed the tree to get a glimpse of Jesus.  People carried sick relatives to Jesus, touched his robe, washed His feet.  Some of these stories include crazy antics… remember the one where they lower the paralytic through a hole in the roof?  A hole they cut!!!  You know what you don’t remember?  It’s easy, because the Bible never addresses them.

Does your politeness make Jesus jump up and down?  “Yeah!!!!  I died on the cross and they decided to hold the door open for someone… count that one as mine!”.  The atheists know how to be polite.  The agnostic can feed the hungry and donate blood.  The truly lost can be good neighbors.  While all of this might be good to live out, its not what is called out.  We aren’t just called, we are called out.  To step out and reject the norms of this society.  To say its not enough to be nice, its not enough to be kind.

It’s time to be separate.  Different.  Special.  Holy.  Godly.  Like Christ.  Christian.  Remember the shame of Peter?  “you were with the man weren’t you?”…. “no, no… NO!!!”.  Are some of us shaking our heads at how Peter could do such a thing, while at the same time we leave no tangible evidence that we are saved by a mighty God and called to a life of love, sacrifice, and saving others along the way?

I’m not shaming you if you don’t click like on Facebook posts.  I’m not calling out Twitter ghosts.  That is a small habit that may point to a bigger issue.  Are you proud of your heritage?  Do you honor God?  Can you post about your hiking trip, but the journey with the Savior feels weird?  Can you share your favorite recipe, but your favorite scripture never makes it out?  Do you recount endless tales of the exploits of your best friend, but what Jesus has done for you never crosses your mind to share?

If this post burns a bit, or seems accusatory, don’t fret.  The solution sits at your fingertips.  The cure is in your heart.  What makes me want to share Jesus is the forgiving love He gives where my past matters not.  What I kept to myself yesterday, I can shout out today.  What I was ashamed of yesterday can be my identity today.   Jesus doesn’t just forgive.  He restores.  He renews.  He redeems.

We see this a lot now.  Media meisters are preying on some people’s inability to separate fact from heavily loaded emotional appeal.  If you have fallen victim to this strategy, you already know why I use the term victim.  The headline sounds like something the entire planet should be up in arms over, but the actual meat of the article is trivial at best, and often a far stretch, even to be trivial.

So why does this work?  Why do we (collectively as humans) fall for it?  I’m going to say its because we live in fear.  When we hear those tagged words, they trigger our deepest concerns.  “what now?!” we wonder, and some of us cry it out as we can’t handle any more.  We know deep down that anything can happen, and we often play along and assume it just did.

Consider this.  We serve a God who does not fear.  He does not wake up in the world and have to search to see what horrible things happened while we slept.  He is not shocked by the disasters and He is not paralyzed by the sickness of man.  And this is who hears our prayers.  I’m comforted to know that our Lord does not need the news to keep up.  He loves us, each one, and is very interested in our lives.

I’m also happy to know that God loves us all.  So we don’t have to worry about our shapes, sizes, colors, accents, personal preferences, or birth marks to know whether He cares or not.  I think God’s news feed would throw out all of the nonessential buzz words and cut right to the chase:

“You are hurting… I am here”

“You are lonely… I am love”

“You are abandoned… I am Father and Brother”

“You are accused… I am justifier”

“You are overburdened… I carry your cross”

“You are un-salvageable… I am salvation”

There is a reason the Gospel is called “The Good News!”.  Oh how it stands apart from what we think news is today.  Can I encourage you to share the good news today?  To ignore the bad.  To resist the temptation to spread the lies and the bait.  It’s really not a call to do or not do anything… its an issue of focus.  What gets your attention?  “Click Me, I’ve got some juicy stuff!!!!!”, Or, “Let me show you what it means to love unconditionally”.