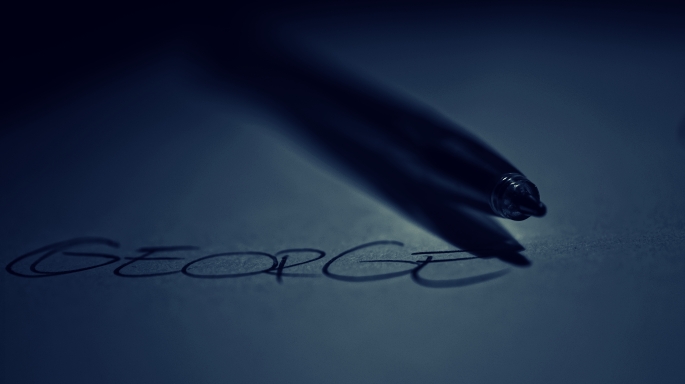 We received a new foster child that will be in our care until the parents sort out a few issues.  In this case he has a great relationship with his parents, so calling us mom and dad is not an option.  With all the stress, frustration, and fear that the child is going through, we have our own issues.  The bigger things matter to us as well, but sometimes the logistics can feel pretty important.

What should he call us?  It’s been a week and 99% of the time he shouts, “Hey guys!” when he wants our attention.  I really don’t care what I’m called, but in an effort to help teach respect for others I’ve really tried to reinforce, Mr. Barry.  It hasn’t landed.  It’s not a battle I’ve really chosen to fight, but he hasn’t grasped the name anyway.

There are multiple anecdotes where he has asked for “the other lady that lives here”, “the person downstairs”, or any other descriptor that fits his recent memory of us.  While playing ball, he decided to make everything into a race.  Of course, with his energy and his rules, he won.  That night at dinner he calmly said, “hey slowpoke, it’s time for dinner!”.  He then used the term later in the evening as well.  Not with a smirk or grin, but just in passing to identify me.

It took a week, but I now have a name.  It’s slowpoke.  Had I known… I might have run a little faster and tried a little harder in the races that preceded it.

We often give ourselves our own names. Sometimes we let the world identify us. They call us mistakes and we listen. They call us loser and almost prophetically we make it so. They call us failure and we wallow in it.  These terms are often handed out with as much forethought as our foster child used.  Spur of the moment with a notable smidge of perceived truth.  And we wrap ourselves in it and display in shame for the world to see.

Broken.  Lost.  Poor.  Uneducated.  Simple.  Sinner.  Trash.  Some of these terms come about innocently enough.  They are never intended to carry such poisonous barbs.  But the wrong person overheard, or we were just trying to be funny, or we simply didn’t think before speaking.  What a lesson we could learn in how we treat each other.  But some of them are more hurtful.  More intentional.  In our current social climate we toss out such hate and slander.  Bigot, racist, hateful, evil, monster, …

I’d like to say we don’t have to accept the names given to us by others.  And its true that we don’t.  But, I also know how psychologically difficult it is to shed the perceptions of the masses once that hook sinks into our hearts.  But what does carry great weight, and what should lift those unnecessary burdens off of us, is that we are promised a new name.

Listen to just a very tiny list of only a fraction of the names that belong to God:  Healer, Savior, I Am, Lord, God, Almighty, Truth, Light… Father.

The God of many, many names…. one of which is our Father, has a new name for us.  Each of us.  It’s not a title or a credential.  It’s not our profession and it doesn’t relate to our social status.  It’s a unique, handpicked name just for you.

May I encourage you to live for THAT name.  To let only God define who you are.  To proudly stand against all the sinners who throw that useless tag at you… because you know that Jesus wore that tag on the cross.  It’s been spent.  It’s over.  You are no longer that person.  That name, the old one, has been ripped off and burned in fire.  You will be called something new.  From the lips of your heavenly Father, you will be called it.  Just for you.  Set aside.  Set apart.  Special.  Fashioned with love.  Solely for you.

Just like the tried and true ‘kick-me’ sign, Satan has attached to us something that doesn’t belong.  We can ignore that temptation and brush it off knowing the full truth.  Or we can accept that lie and bend under the weight as the world accepts his faulty claims.  As always, its our choice.